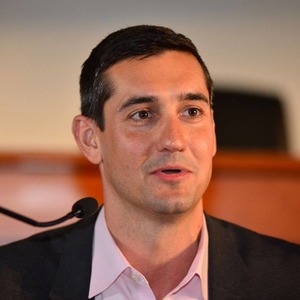 Ty Cobb is a member of the senior management team at the Human Rights Campaign Foundation, the public education and outreach arm of the largest LGBTQ civil rights organization in the United States. He deepens the Foundation’s work by leading programs, strategic initiatives, and research.

He has been part of the HRC Foundation since 2013, when he founded HRC’s global program and expanded HRC’s reach to more than 80 countries around the world. Prior to that, he served as a lawyer and lobbyist at HRC, focusing on federal advocacy initiatives, including the repeal of “Don’t Ask, Don’t Tell,” reauthorization of the Violence Against Women Act, and immigration reform.

Ty joined HRC after serving as counsel to Sen. Edward M. Kennedy, where he played an integral role in passing federal hate crime legislation in 2009. He began his professional career as an associate attorney at Bracewell in Dallas, TX and Sidley Austin in Washington, DC.

Ty is a proud Texan with a Bachelor of Arts, a Bachelor of Business Administration, and Juris Doctorate from The University of Texas. He is a member of the Truman National Security Project and serves as the Development Committee Chair on the Board of Directors at AsylumWorks. Ty lives with his partner in Washington, DC.