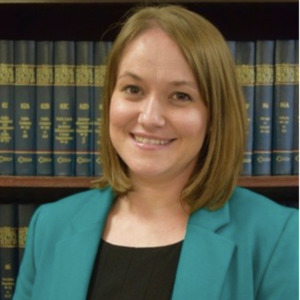 Lindsay is an Associate Professor of law at the University of D.C.’s David A. Clarke School of Law and Director of the Immigration and Human Rights Clinic. Students in the Clinic represent asylum seekers at the asylum office and before immigration court. Lindsay has dedicated her career to working with asylum seekers, previously with Georgetown Law’s asylum clinic, the American Immigration Council, and Tahirih Justice Center.  Lindsay has published on the asylum system, including on issues facing asylees after the grant, gender and gang-based asylum claims, the one year filing deadline and the immigration court backlog, and the detention of asylum-seeking families. Lindsay serves as Vice Chair of the American Immigration Lawyers Association’s National Asylum & Refugee Committee and was awarded the 2020 ElmerFried Excellence in Teaching Award.  Lindsay is a naturalized U.S. citizen. She speaks French.

Need a gift for Mother’s Day?
Celebrate the special women in your life by purchasing a gift of goodness featuring heart-shaped cookies baked by Immigrant Food!
Shop Now