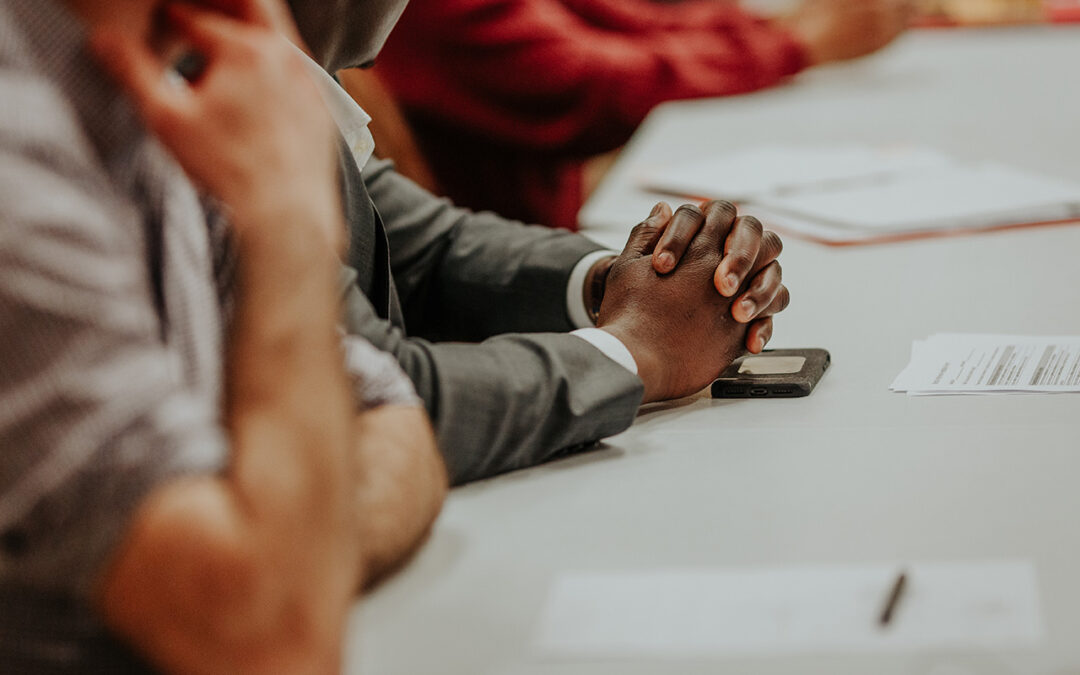 Masimba Got a Great Job

Masimba was visiting the United States for an engineering conference when his secret relationship with another man back home in Zimbabwe was discovered.  Right away he started getting death threats by phone, email and social media from his own family and friends, as well as strangers. Stranded and unable to return home, Masimba realized his only option was to seek asylum in the United States.

To make ends meet while he waited for his legal claims to process, Masimba washed dishes for less than minimum wage. Back home, he’d had a good job and a middle class lifestyle. Now he felt powerless, sad and alone. Masimba believed his life would improve if he could get a better job but he didn’t know how to get started. Masimba’s immigration attorney referred him to AsylumWorks for help.

Masimba enrolled in Reach Higher, AW’s program for English-speaking professionals, which included a five-day job readiness training workshop. On the first day, Masimba was surprised to meet other smart and accomplished professionals just like him, who were also struggling to find appropriate work. Masimba thought he was the only one!  During the week, Masimba learned what he needed to know to find and apply for a new job – from writing a U.S. style resume to learning how to answer interview questions. He enjoyed meeting the American volunteers and became friendly with the other clients. By the end of the training, Masimba began to feel hope again.

A few days after the training, AsylumWorks staff connected Masimba to a volunteer with a similar professional background. After they met, the volunteer suggested Masimba apply to work at a large construction company that often had openings. A few weeks later, Masimba was invited for an interview. Masimba called AsylumWorks to help him prepare. Masimba felt nervous before the interview but reassured himself that at least he knew he was capable of getting this far. As Masimba remembers: “I knew I was going to be ok when the interviewer asked ‘Tell me about yourself.’ AsylumWorks had helped me prepare for this very question and I knew just how to answer it.” The rest of the interview went by quickly and felt easy. Masimba was proud he was able to talk about the projects he had worked on back home. Two days after the interview, Masimba was hired by the construction company. 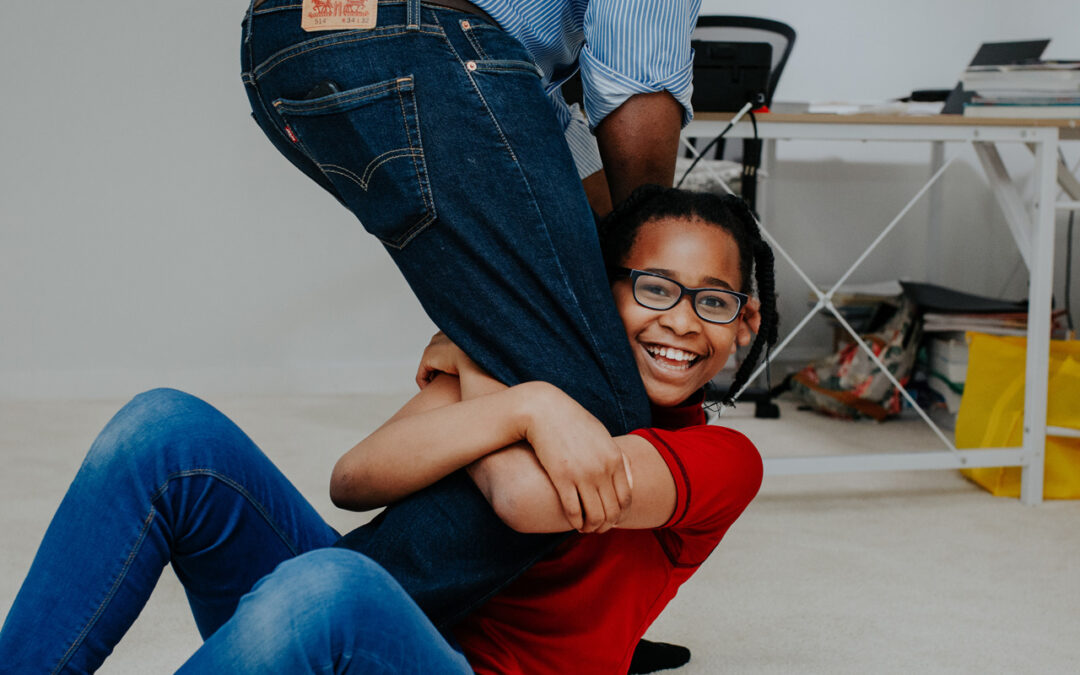 Franc fled Cameroon when his work for an anti-corruption organization suddenly made him a political target. On three separate occasions, secret police arrested Franc, detained him, and threatened his life. After his third arrest, the police said they were coming for Franc’s 11 year-old daughter, Adrienne. Franc accepted that his work could create danger for himself, but he refused to put his daughter at risk. Fearing for their lives, Franc and Adrienne boarded a plane for Costa Rica. His plan was to travel to the U.S./ Mexico border, ask for asylum, and live with his brother in Hyattsville, Maryland until his asylum case was resolved.

When Franc reached a border town fifty miles from Texas, he began hearing rumors that migrant parents and their children were being held in separate facilities. “That could not be right,” he thought. “Children need their parents to survive. How would a baby survive without its mother?” Desperate to reach his brother in Maryland, Franc and Adrienne continued on and requested asylum at the border. The father and daughter were separated by ICE officials shortly thereafter.

For 25 miserable days, Franc did not know what happened to Adrienne, where she was detained, or if she was OK. Franc scarcely ate or slept the whole time. He became angry and on edge. After Franc’s brother posted bond, he was released and reunited with Adrienne. But she wasn’t the same happy girl he remembered. When he went to hug her, she didn’t want to be touched. When he asked her questions, she gave him one word answers. And her demeanour didn’t change after they arrived in Maryland. Although they were physically safe, both Franc and Adrienne had suffered deep emotional scars from their journey and subsequent detention. Franc’s brother — himself an asylee and former AsylumWorks client — suggested they go there for help.

AsylumWorks worked quickly to find a French-speaking child psychologist who would work with Adrienne for free. Uninterested in receiving outside mental health services, Franc did slowly open up to AW’s trained staff about his feelings. He confided that he blamed himself for Adrienne’s trauma. AW staff helped Franc process his guilt and reframe how he thought about himself, his experience in detention, and his relationship with his daughter. In time, AW staff coached Franc to share his feelings with his daughter — something he’d never done before. In that conversation, Franc asked for forgiveness and his daughter readily gave it. Franc and Adrienne continue to work on their relationship. 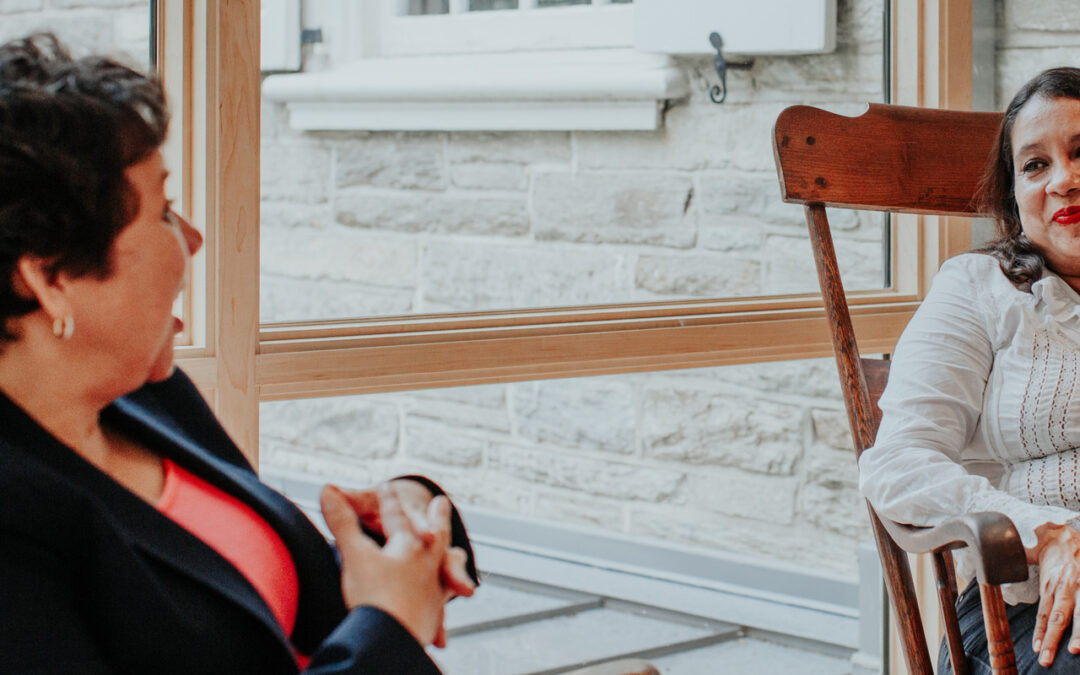 Norma, a beloved elementary school principal for 25 years, fled El Salvador after she confronted the leader of a powerful local gang that was trying to recruit students from her school to join his gang. The very next day, a man riding in a car sprayed gunfire into Norma’s house. Norma wasn’t home at the time but she heard the message was loud and clear. Norma sought help from the police but they refused to file a report. When she demanded to speak to the police captain, the captain took her into his office, closed the door, and told her the police could not protect her. The gang was too powerful. Norma and her husband decided now would be a good time for her to visit her cousin living in Fairfax, Virginia. Norma reasoned she would go away for a few weeks and wait for the crisis to pass. But while she was away, she learned the gang had killed one of her students — 12 year-old boy who tried to stop the attempted rape of his sister by a gang member. That’s when Norma knew she would never be safe in El Salvador.

Norma felt fortunate that she had a safe place to stay but she also felt very lonely. Norma’s cousin was always working and spent very little time at home. Norma didn’t have a car, didn’t have any money, and didn’t have any friends. She spent most of her days in her room thinking about how everything had gone terribly wrong. She desperately missed her husband, children, and grandchildren back home. Norma’s only recreation was an English class she attended once a week. Over time, Norma confided in her English teacher that she needed help. After a quick internet search, the teacher gave her the information for AsylumWorks.

Norma cried tears of relief after her first visit to AsylumWorks office. For the first time since her arrival, she felt like someone understood what she was going through. With AW staff encouragement, Norma began participating in the community building program where she quickly met other clients who felt familiar to her. They spoke the same language, used the same slang, and even looked like Norma which she found reassuring. Soon, Norma was calling and texting with her new friends. They made plans to meet up. For the first time in a long time, Norma had something to look forward to. Today, when Norma is missing home and feels sad, she calls the friends she met through AsylumWorks.

In addition to attending community events, Norma was also paired with Denise, a Friendly Neighbor volunteer. Every week, Denise would call Norma just to check in. Denise would ask about her week, about her grandchildren back home, and chat about everyday things. Norma looked forward to these calls as an opportunity to practice her English. Between calls, Norma and Denise would text cute pictures of their grandchildren. “It makes me happy to know there are good people who care like Denise,” said Norma. “She is always happy to answer my questions. She is a true friend.”